15% discount on your birthday

Book a visit to our Day Spa Spameed for your birthday – and we we will give you a 15% discount on the treatments as a gift !!!

To take advantage of the promotion, you must have a document confirming your date of birth!

Miracle massage - what is it?

Miracle massage is our own massage. Relaxing full body massage performed in Spameed. It is a holistic, deeply relaxing full body massage together with a face, hand and foot massage. It contains elements of classic massage, Lomi Lomi Nui and foot reflexotherapy. This massage is performed on natural, warm oil, which makes it even more relaxing, soothing and calming. The therapist individually selects massage techniques to meet the needs of our guests. Harmonious and at the same time slightly vigorous movements of the masseur combined with the warmth of olive oil allow our clients to move, even for a moment, somewhere far away from everyday worries, allow to slow down, stop, tempt to forget and fully enjoy this wonderful massage.

Miracle massage - for whom?

Miracle massage - how to prepare?

It does not require any preparation on the part of the client, we will take care of all the details ourselves. We will prepare a full package needed for a massage, i.e. disposable flip-flops, treatment underwear, towels, a place to put away clothing, optionally a heated massage bed in winter, a qualified therapist and the right atmosphere during the treatment. The only thing that we can suggest and recommend to the client before the massage is to add a body scrub, which is a perfect complement, because it exfoliates calluses, the skin after peeling becomes smoother, softer and fully prepared to absorb all the benefits of massage oil.

Despite the fact that it is a relaxing and relaxing treatment that can not harm our body in any way, there are several general contraindications to its implementation, the most important of which are:

- inflammation of the body

Massages available at Spameed and their prices

Sorensensistem ™ Japanese Cosmo Lifting is a holistic rejuvenating treatment developed by Lone Sorensen, which smooths wrinkles in a non-invasive way, improves the face oval and makes the face glow. By stimulating points and zones on the face, it deeply affects tissues, stimulating the natural regeneration processes of the face and the whole body. The treatment stimulates the process of removing toxins, tones and firms the skin, minimizes thin lines and reduces deep wrinkles.

What is the Sorensensistem ™ method ???

The name Sorensensistem ™ refers to a therapeutic system consisting of neuroreflexology therapies developed by Lone Sorensen and patented by her, which was created on the basis of her 30 years of research and professional practice as a reflexologist. Japanese Cosmolifting is one of the results of work on the Sorensensistem ™ system, focusing on maximizing the aesthetic effects of the procedure, while deeply in a state of mental and physical relaxation. Sorensensistem ™ combines, among others, elements of Traditional Chinese Medicine, the cybernetic method of the Vietnamese doctor Bui Quoc Chau, techniques of indigenous South American Indians, methods of the Japanese doctor Yamamoto, techniques of stimulation of facial muscles of the Argentine doctor Castillo Morales, methods of intestinal lines and many others techniques and methods with modern achievements in neurophysiology.   At Sorensensistem ™, three currents can be distinguished: aesthetic – Japanese Cosmolifting, CosmoEye and Cosmofacial, therapeutic – neuroreflexology of the face, head, feet and hands, Temprana therapy – an innovative method of rehabilitation of neurological and genetic diseases. Sorensensistem ™ is called neuroreflexology, because unlike classical reflexology, it not only affects specific organs, but also relies on processes in the nervous system and enables precise interaction with selected brain centers.

Who is the creator of Japanese Face Lifting ???

Lone Sorensen is a world-famous reflexologist and therapist who initiated the current and created from scratch her own system of advanced nero-reflex therapy SorensenSistemTM. Dunk’s neuro-reflex therapy for the face, feet and hands has been developed on the basis of its 30 years of research and intensive work in Denmark, Germany, France, Spain, Argentina, Chile and Cuba. She took part in many state and international conventions and conventions. And in March 2001 she was awarded by the humanitarian organization O.M.H.S. in Argentina, three honorary titles for his work in Reflex Therapy, Hand and Foot Reflexology and Face Reflexology, thus becoming the first therapist in the world to have such an honor.

Who is Japanese Face Lift for ???

The treatment is recommended for women and men of all ages – it works perfectly as a method of preventing collagen loss and wrinkles, and reduces the effects of aging on mature skin. This therapy is an ideal alternative to invasive aesthetic medicine treatments. What frequency of treatments ??? The natural lifting effect lasts from 24 hours to over 3 days. Ideal as a banquet treatment the day before an important event, or as a series of treatments to significantly improve skin tone. It is recommended to perform a series of Japanese Face Lifting treatments to help maintain the effects, because each therapy helps to strengthen facial muscle tone. Lone Sorensen recommends two or three massages in the first week, followed by weekly treatments until eventually reduced to less frequent intervals. Sorensensistem ™ Japanese Cosmo Lifting – Japanese face lifting is one of the best, non-invasive ways to rejuvenate your face and maintain a youthful appearance.

Call us or send a message

In Spameed we work using the best cosmetic brands and equipment 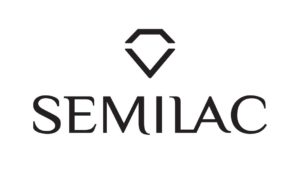 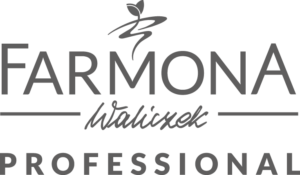